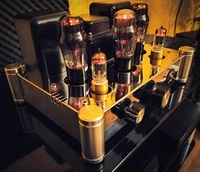 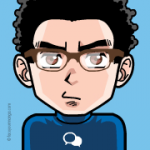 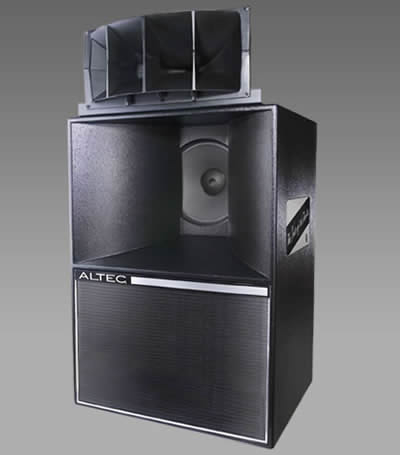 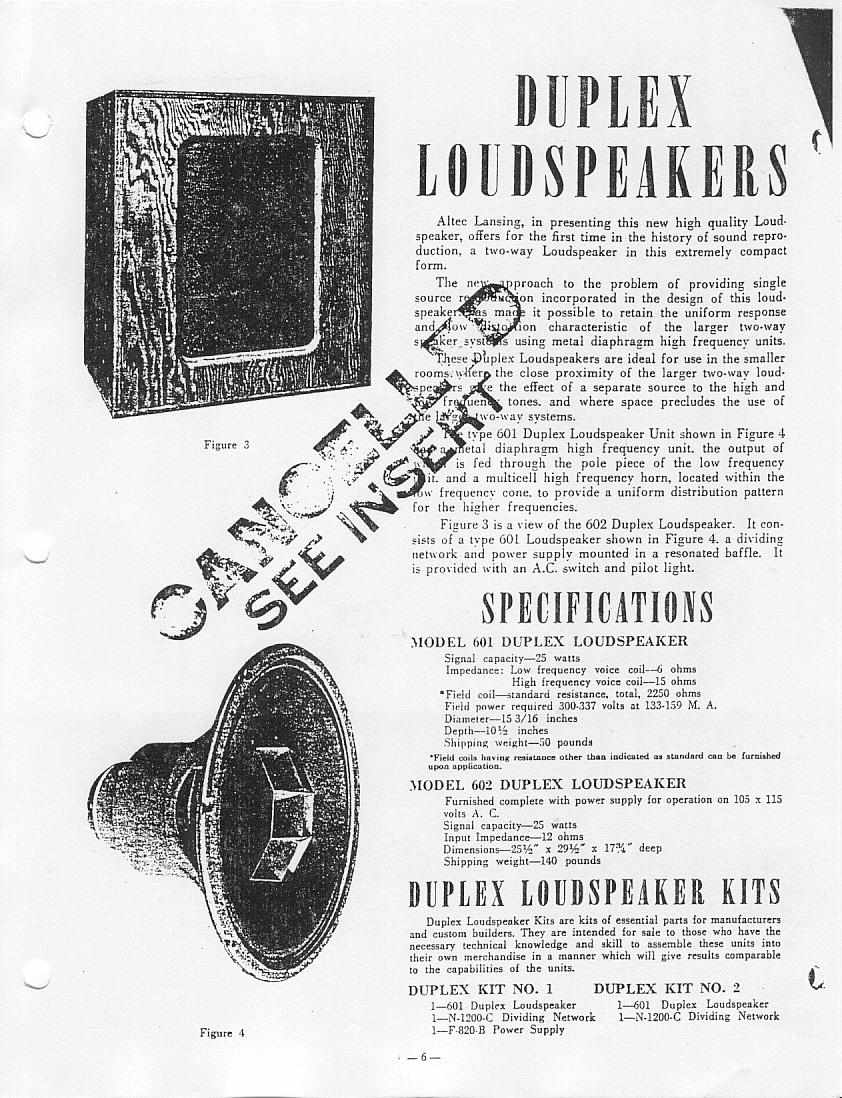 AR 3A loudspeaker:
It may have been ugly, colored, and with rolled-off highs, but the sealed-box 3A defined the "Boston Sound" and helped establish the American speaker industry. I never liked it, but I can't ignore it. Pretty much the same drive-units were used in AR's multidirectional LST, which years later was to inspire Mark Levinson's Cello speakers.

Dahlquist DQ-10 loudspeaker:
The Brits hated the DQ-10 for its superficial resemblance to their beloved Quad electrostatic. But with the first Magnepan and the Infinity Servo-Statik, Jon Dahlquist's staggered-baffle speaker helped launch the High End in the early 1970s.

Yamaha NS1000 loudspeaker
Back in the days when paper cones were de rigueur (though a handful of British engineers were playing with plastic cones) and designers were starting down the path to trade off reduced coloration against the need for more and more driving volts from the amp, Yamaha introduced the NS1000. It was sensitive, it used a high-tech midrange dome using vapor-deposited beryllium on an aluminum substrate, and it (ahem) kicked major booty! The Yamaha's major use of technology made many contemporary European and American speaker-makers look more like box-stuffers. I haven't heard an NS1000 in 20 years, and often wonder how it would measure up in today's more refined market.

The Advent Loudspeaker
The late Henry Kloss had the Midas touch: whatever his fancy alighted on turned into sonic gold. In the case of the Advent Loudspeaker, he designed America's first true high-end dynamic sealed-box loudspeaker. And given that everyone was convinced that good speakers needed to use three drive-units, Henry made do with two. He designed the Advent armed with microphone, voltmeter, oscilloscope, and signal generator, but without—the entire generation of speaker engineers who graduated since the early 1980s will be astonished to learn—a computer. Henry made do with talent and ingenuity.

Acoustic Energy AE1 loudspeaker
Designer Phil Jones may have fed the LS3/5A concept steroids, but the AE1 makes the list because it spearheaded the resurgence of the metal-cone woofer, which acts as a pure piston in its passband. (But outside the passband...)

Acoustat 2+2 electrostatic loudspeaker
Between the demise of the KLH 9 and the introduction of the MartinLogan CLS, the Acoustats held high the flag of American electrostatics.

PSB Alpha loudspeaker
Canadian Paul Barton has designed bigger speakers and he has designed better speakers, but none of those has offered so much sound for so little money as the Alpha in all its guises—or, with more than 50,000 sold, has benefited so many people.

Spica TC50 loudspeaker
John Bau's ugly ducking of a time-aligned two-way miniature showed that great sound could be produced from a speaker without the designer having to throw unlimited sums of money at the problems.

Shahinian Obelisk loudspeaker
I first heard the quasi-omnidirectional Obelisk 25 years ago, and it sounded as different then from what else was around as it does now. Richard Shahinian has always gone his own way, guided by his overwhelming passion for classical orchestral music; his speakers fall into the category of "If you love their sound, they're the best speakers in the world for you." However, for Dick to survive and even to prosper through the years lends his efforts a credibility that cannot be acquired in any other way.

Avantgarde Uno & Sonus Faber Guarneri Homage loudspeakers
With American and British loudspeaker design philosophy running along rigidly defined rails by the 1990s, the appearance of these musically communicative German and Italian speakers, which danced to very different design drummers, blew a welcome breath of fresh air into the High End.

KEF Reference 107 loudspeaker
Yes, the elegant R107 was the first high-end speaker to successfully implement a "bandpass" or "coupled-cavity" woofer, but its real importance lay in the fact that it finally rammed home the lesson that speaker design primarily involved engineering rather than art. Yes, art is still an essential part of designing a musically satisfying speaker, but only when that art rides on a platform of solid engineering.

Apogee Scintilla loudspeaker
It wasn't the first all-ribbon loudspeaker from Apogee, it wasn't the biggest, and it probably wasn't even the best-sounding (that was probably the Duetta). It was also a pig to drive, with perhaps just the big Krells up to the task of sinking power into what was, at some frequencies, little more than a short circuit. But the Scintilla was the Apogee speaker that convinced me that the magnetically driven ribbon, with its effortless coupling to the room and its lack of sonic character or coloration, was more than just a historic backwater of speaker design.

KLH 9 electrostatic loudspeaker
An American classic at least two decades ahead of its time. I heard the 9 only once, but I still shiver at the memory.

Meridian D600 digital active loudspeaker
More recent Meridian loudspeakers exceed the D600's performance in every way, but this modest floorstander was the first to show what could be achieved by integrating power amplification and digital technology in a speaker design.

Celestion SL-600 loudspeaker
The first popular compact supermonitor, introduced in 1983. The English company's Graham Bank and Gordon Hadaway decided that, as the main source of coloration in a box speaker is the box, they would effectively do away with it by making it from the Aerolam material used in airplane construction. The copper-dome tweeter used in the SL-600 and its wooden-box SL-6 sibling also pioneered the resurgence of interest in moving-coil drivers with pistonic metal diaphragms. "Had anyone even 1) tried to make a compact monitor sound this uncolored, or 2) charge as much?" asks Wes Phillips. Nope. But what a sound!

Spendor BC1 loudspeaker
Designed by the late Spencer Hughes after he left the BBC, the BC1 was perhaps the finest all-'round loudspeaker to come out of the UK until the B&W 801 Series 2. Too bad its somewhat loose low frequencies were not the optimal match for typical mid-1970s LP playback, and that the CD came too late to save it from relative obscurity.

Thiel CS3.6 loudspeaker
While almost every Stereophile writer nominated one of Jim Thiel's designs, it was the CS3.6, from the early '90s, that was mentioned most often, rather than one of the Kentucky company's flagships. This is because the '3.6 was the finest all-'round package in terms of time alignment, neutral balance, power handling, bass extension, and industrial design—all for about $3000/pair, which, in hindsight, looks like an unbelievable bargain. While Jim Thiel has since designed speakers that exceed the CS3.6 in one, two, or more areas of performance, the '3.6 represented the first full flowering of his talent.

BBC LS3/5A & Wilson Audio WATT loudspeakers
These two tiny speakers—which, apart from being intended to serve as location recording monitors, are as far apart in their design starting points as is possible to imagine—redefined the art of the miniature loudspeaker: the LS3/5A in the mid-1970s, the WATT a decade later. The LS3/5A perhaps represented the finest flowering of a team of audio engineers assembled by the state-run broadcasting company, and which included Dudley Harwood and the late Spencer Hughes.

MartinLogan CLS electrostatic loudspeaker
The elegant and transparent (both visually and sonically) CLS brought electrostats into the mainstream consciousness—you can find MartinLogans on both the small and silver screens.

B&W Nautilus, Infinity IRS, Wilson Audio WAMM loudspeakers
One uses cone/dome drivers in a conventional cabinet (if something resembling a snail could be called "conventional"), the other two use dynamic, planar-magnetic, or electrostatic upper-range drivers in a panel array and conventional woofers in a separate tower. All three were made in minuscule numbers, and all three are the finest-sounding true full-range loudspeakers I have heard.

B&W 801 Matrix Series 2 loudspeaker
Widely used in classical recording studios and high-end systems alike, the revised version of the big B&W took the concept of a high-quality minimonitor integrated with a bass bin to a far wider audience than its $5000/pair price would suggest was possible. "Possibly the best-selling high-end loudspeaker ever sold in the US," notes Wes Phillips, and "certainly the most influential dynamic loudspeaker design of its generation." The current Nautilus incarnation of the 801 builds on a solid base of quality.

Magnepan Magneplanar Timpani loudspeaker
Back in the late 1980s, more Stereophile readers owned Magneplanar panels than any other loudspeaker. Jim Winey's twin ideas of using an array of ceramic refrigerator magnets and bonding a flat wire coil to a Mylar diaphragm allowed him to create a magnetic equivalent to an electrostatic speaker but without some of the latter's problems, and with additional benefits such as ease of drive and much higher power handling. The current Magnepan designs may use a ribbon tweeter and be refined in all areas of performance, but are no different in concept from what Paul Bolin calls "a landmark in the dictionary sense of the word."

Vandersteen 2 loudspeaker
In production for a quarter century and incrementally improved throughout that period, the modest-looking 2 offers astonishingly clean, extended, and detailed sound without ever losing sight of the music. That it does all this for just $1500/pair is a tribute to Richard Vandersteen's talent but also foresight.

Quad ESL-63 loudspeaker
An inspired planar design from a true audio genius, England's Peter Walker, and still in production (as the ESL-988) more than two decades after its introduction, the Quad has survived when bigger, more complex full-range electrostatics have long since disappeared. "A no-brainer classic," writes Paul Bolin. "People will be listening to the ESL-63 40 years from now and loving every minute." Amen. (Stereophile)