Press Set-up on the remote or select Set-up from the Home Screen > Device Set-up > Firmware Information. Note all parts must match, main, loader and sub version.

Note: Upon player restart after update you will have the option to perform a factory reset. Please select this option, or your player will not work as intended.

1. Resolved the HDMI high bit-rate (HBR) audio loss issue with Anthem MRX 300/500/700 AV Receivers. Customers have reported that when sending DTS-HD MA or Dolby True HD signals in Bitstream mode through HDMI 1 OUT to these Anthem receivers, no audio was detected by Anthem and static noise could be heard on the speakers. This issue has been resolved.

2. Improved audio/video synchronization for disc playback, internet streaming, and external HDMI/MHL inputs. In the previous firmware, customers have been reporting that the sound could be out of sync with the picture. This issue has been improved.

3. Improved media file navigation on USB hard disk or thumb drives. Added Thumbnail View mode for Movie and Music. Customers can press the RED colour button to quickly switch between File List mode and Thumbnail View mode. There is also an improvement to the responsiveness achieved by caching some of the media information in an "OPPO_Media_Info" folder on the USB drive. NOTE: for users who prefer that the player not write anything to the USB drive, there is a "Cache Media Info" item in the "Setup Menu" under "Device Setup". We recommend that you set this "Cache Media Info" option to ON and do not delete the "OPPO_Media_Info" folder and its files. This will deliver user experience improvement in media navigation. On the other hand, turning this option OFF can prevent the player from writing to your USB drive, at the cost of slower media file navigation.

4. Added the "Blank HDMI 2" option in the Setup Menu -> Video Setup -> 3D Setting. This allows the player to force HDMI 2 to output a 2D blank screen when HDMI 1 outputs 3D video. Some customers reported that during 3D movie playback, when HDMI 1 was connected to a 3D display and HDMI 2 was connected to a non-3D receiver which in turn is connected to the same 3D display, there was no audio coming from the receiver. This issue has been resolved.

6. Resolved an incompatibility with older Digital Coaxial or Optical receivers where streaming services (such as Netflix, YouTube) produced no audio.

7. Added "Sleep Timer" option in the Setup Menu -> Device Setup. This allows the player to turn itself off after a specific amount of time.

8. Added support for converting Side-by-Side and Top-Bottom formatted MKV into 3D. During the playback of a compatible MKV, press the 3D button on the remote once to turn on the "2D->3D" conversion then press the 3D button again to display the "3D Setting" menu. Select "Side-by-Side" or "Top-Bottom" to match the source to convert the image to 3D.

9. Added the support for DTS-HD Master Audio and Dolby TrueHD sound tracks in MKV files. As with any user-encoded media files, compatibility still depends on the software and techniques used to encode the media files.

10. Added "CD Program Play" function for CD/SACD playback. During the disc playback, press the YELLOW COLOUR button to bring the "Program Play" interface. Here you can use the LEFT/RIGHT ARROW button to set a desired playlist. 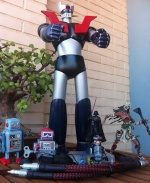 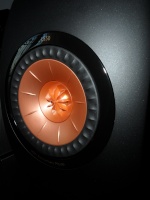