Memory Playback, the latest feature been added to Lightning streaming technology allows ALTAIR to fetch and cache the entire track in its memory or system storage in advance then play locally without the need of network data transfer to improve the sound quality. ALTAIR’s streaming function can ben operated by AURALiC Lightning DS control App which is available on iOS platform right now with Mac and Windows version in development. It is also compatible with other 3rd party OpenHome or UPnP control software for playback.

15 Input Sources, More to Come
ALTAIR can act as home music center for virtually all digital input source. It read music stored on USB drive, internal hard disk, network shared folder and DLNA/UPnP music server. By joint use with Lightning DS, you can also stream TIDAL, Qobuz and listen to Internet Radio at any time. ALTAIR’s AirPlay, Songcast and Bluetooth inputs provide alternative way to stream your favorite music from Apple Music, Spotify and other service providers through smartphone or computer.

ALTAIR also work as RoonReady endpoint to use with Roon software if necessary, bringing you a new way to discover and listen to music. The rest of inputs includes AES/EBU, Coaxial, Toslink and USB connection to computer working as USB DAC. When ordering ALTAIR, you can add a 2’5-inch hard disk drive or solid state drive as internal music storage as an option, turning ALTAIR into a full function music server. Since there is no capacity limitation, you can always purchase ALTAIR and install the storage by yourself.

Femto Master Clock
The dual-frequency Femto Master Clock inside the ALTAIR is specially designed and optimized for its ESS Sabre DAC chip: with one frequency for playing music with a sampling rate which is the multiple of 44.1K, and a second for 48K, making it possible for the ALTAIR to be able to lock on with highest clock precision (equal to the VEGA’s “EXACT” mode) at all time without dropouts. The Femto Master Clock, which is powered by a 9uV extremely low noise dedicated power supply, has a very low phase noise performance. It not only has dramatically low phase noise, which is only at -151dBc/Hz level, but also an excellent 100Hz offset noise level which is only -115dBc/Hz. Driven by such a high performance clock, the ALTAIR can bring you vivid music with natural detail and a solid sound image.

Full Linear Powe Supply
With more and more DACs at this price range starting to use switching power supplies, AURALiC insists on using high performance but costly Purer-Power™ linear power supply technology on the ALTAIR. With this technology, the dirty AC power firstly goes into a power purification module, and the DC current and noise from both within and outside audio frequencies can be reduced by as much as 90dB. The purified AC power is then feed to a high quality transformer, with a specialty iron core made to AURALiC’s specifications, and unique wiring to ensure zero vibration and very low noise to avoid impacting the sensitive audio electrical circuit.

Compared to the conventional switching power supply which generates wide-band noise that is hard to eliminate, AURALiC’s discrete component- based power supply feeds the DAC chip’s analog circuit with an astonishing low noise that is below 1uV (1uV = 0.000001V) within the entire audio band, making ALTAIR a perfect tool to re-discover your music with more details in the “last bit” that you may never noticed before.

Flexible Filter Mode
ALTAIR has four built-in filter modes which allows its user to customize sound best befitting their personal preference. Those filter modes were developed from AURALiC’s well known Flexible Filter Mode in the VEGA Digital Audio Processor, with each containing several digital filters optimized for a corresponding sampling rate. Flexible Filter Mode was developed under AURALiC's subjective auditory sense and objective testing data relationship models, to optimize the listening experience for different music and format. The “Precise” mode exhibits perfect in-band ripple and out-band attenuation performance, while the “Smooth” mode is better for overall enjoyment as it has no 'pre-ringing' effect. The other two modes, named “Dynamic” and “Balance” are optimized for different music formats as well. 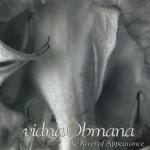