i'd happily lived with AI 300 for some 15-16 years. sometimes i wish i've never reinvented my interest in audio again, those were the happy days.

"Audio Innovations made a number of different amplifiers between 1984 and 1996. The company started near Basingstoke, moved to Brighton and eventually down to Weymouth before the brand was bought by Richer Sounds.

The first products were the 800 power amp (25W class A based on EL34's in push/pull) an a matching small pre-amp which could either be powered from the power amp or be run from a separate psu.

These were followed by the Series 500 integrated, again 25W class A with a phono stage, and the 300 integrated which was 10W in class A using ECL86's.

The Series 1000 Pre, an SRPP circuit based on ECC83's and 6SN7's with a pretty elaborate regulated power supply & passive line inputs and the 50W 1000 mono's soon followed.

Although a few French self builders were following an underground Japanese trend for amplifiers using Directly Heated triodes, Audio Innovations were the first company (in modern times) to commercially manufacture/market DHT power amps when they launched the 6B4G equipped First Audio (7.5W) and Second Audio amplifiers (15W). At that time, in 1987, it was unheard of to be trying to sell amplifiers with such low power output but both models received good critical acclaim often being partnered with the Snell range of loudspeakers the company were also distributing.

A new range of amplifiers in a new chassis followed. The 400 integrated and 200 Power amp were based on EL84's, the 200 Pre was another phono equipped design with passive line inputs. In the same style of casework, 2 line stages L1 and L2 and 2 phono stages P1 and P2 were also released.

The 800 power amp circuit continued to evolve and was also used in 2 line integrated designs, the 700 and Classic 25 kit amplifier.

Finally the company released the Alto, a radical looking transistor amp loosely based on the single rail, output capacitor coupled topology pioneered by the likes of Wharfedale, Sugden and John Linsley Hood 10-20 years earlier. It was accompanied by a matching CD Player with a DAC designed by John Westlake of Pink Triangle/early Cambridge Audio fame.


The AI EL34 based amplifiers suffered the same kind of valve failure issues as any other design that runs these valves in Class A. Eventually they were only supplied with the Sovtek EL34's installed as these were found to be the most robust type. (they also sounded good) However many AI amplifiers have subsequently been converted to run using Russian 5881 valves and these generally then prove to be very reliable.

AI amplifiers can be serviced by David Wright (via the Sound Practice) although any competent tech could do it given a schematic. The circuits weren't especially complicated. I have all of the schematics should anyone need one." 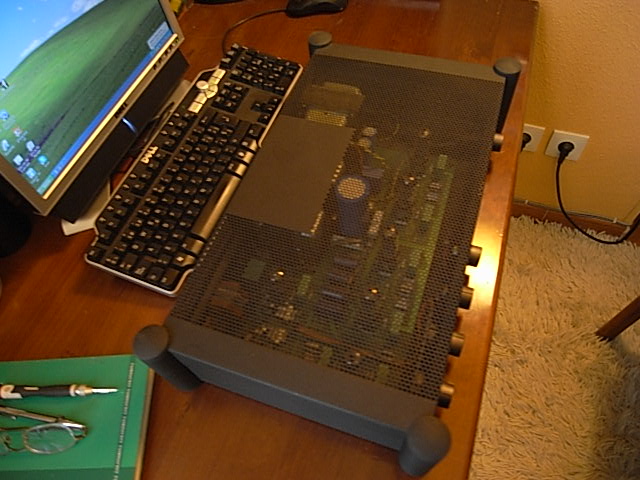 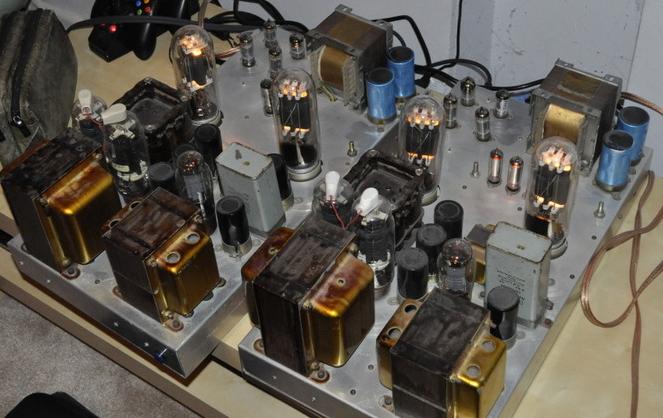 I was involved many years ago (1985), in the design and manufacture of a 'low mass' turntable called the Voyd. This suspended design used 3 papst external rotor synchronous motors to drive a very light acrylic (and later polycarbonate) platter. The idea was to have something under the disc which would conduct away and dissipate energy from the vinyl to where it was less harmful. Applying the power of the motors from 3 points also allowed the benefits of a proper low resonance suspension to be heard without the drag caused by the stylus forcing the platter to try to move towards and away from a single driving motor in time with the music. (a problem with almost all other suspended s/chassis decks.) The chassis and arm mounting were also light but very rigid. The effective mass of the platter was very high. The bass performance possible from this deck (particularly in its most extreme iteration) was as good as anything I've heard. It was not supplemented by the usual boom and colouration I associate with typical high mass designs. There is definitely merit in this approach if implemented accurately. The main downsides were that it would have had to be modified to accomodate arms weighing much more than 1.5 Kg although there weren't many around at the time and the moving mass of a linear tracking arm would not have been helpful without significant modification to the suspension design. This multiple drive design pre-dated efforts by VPI and Clear audio by several years. It's an alternative approach to your original proposition though. Did you ever encounter one?

I met these two guys at college, both called Guy, who were designing record players. After college, they formed a company called Voyd Turntables that made excellent record players with innovative two and three motor drive systems. The fact that people I knew could do this sort of thing really demystified hifi for me. Guy Sergeant later went to work at Audio Innovations tube amp company in Brighton UK and I bumped into him one Saturday afternoon when I was touring the local hifi shops. He was running the retail side of Audio Innovations. The store had A.I. tube amps, a couple of pieces from Audio Note (Japan), Snell Speakers, Voyd Turntables, Systemdek, Audio Note (Japan) silver cable etc, very esoteric in a time dominated by Linn and Naim. After meeting up with Guy again, my day job as a pharmaceutical research chemist, which I had already grown bored with, became intolerable and it was only a matter of time before I left and got into the business. My 1st entry into the world of hifi was as a retailer heading up Definitive Audio Brighton selling Voyd/A.I./Snell systems and associated products. 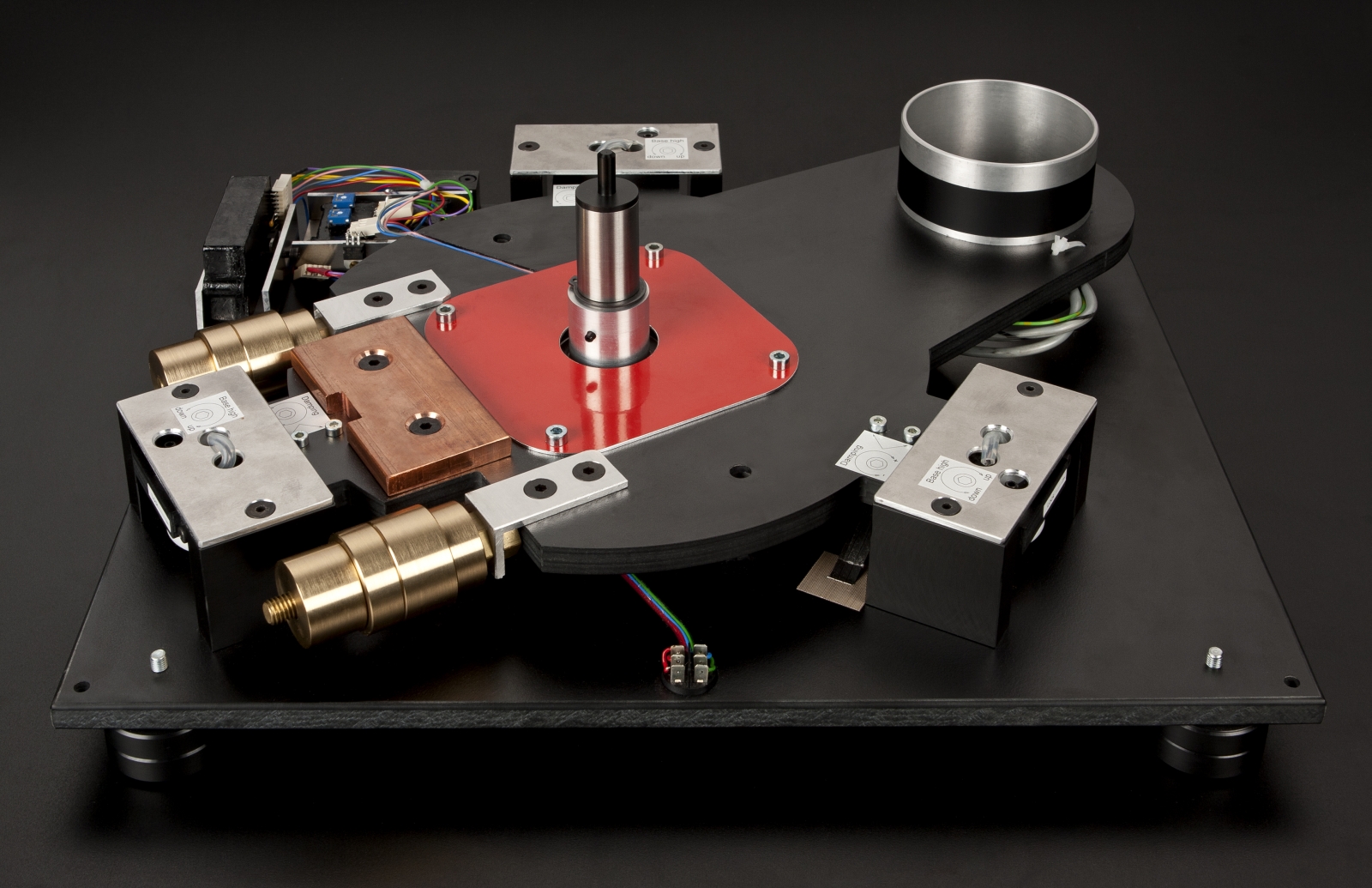 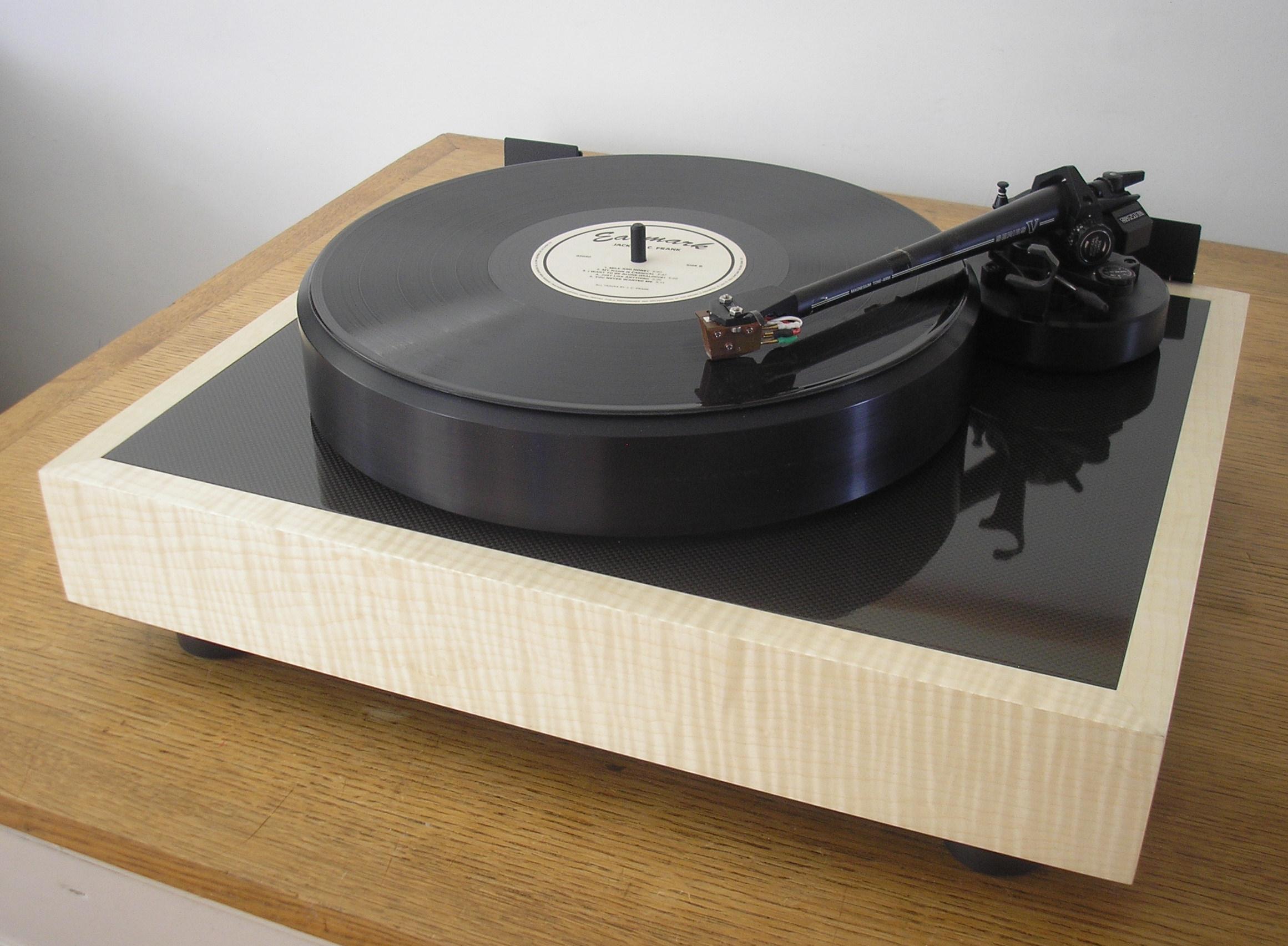 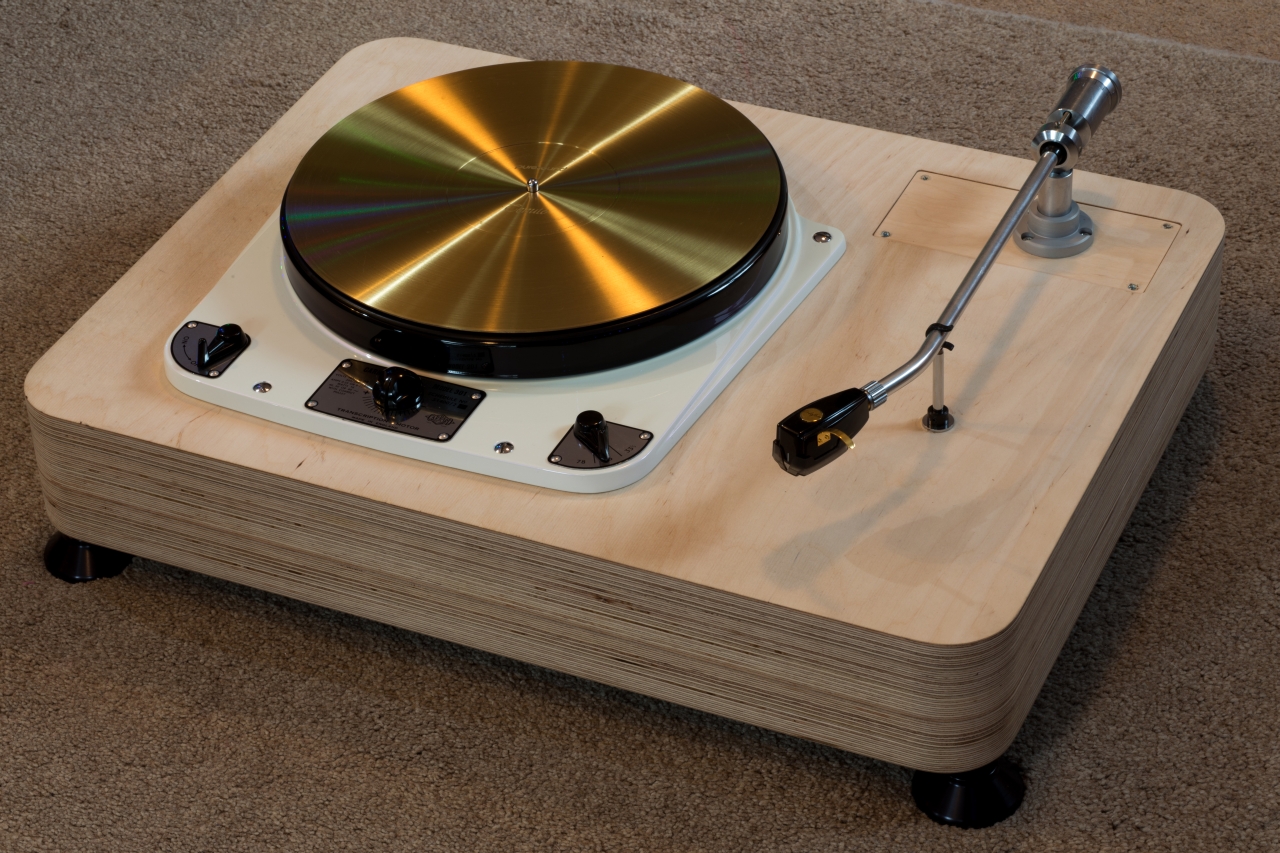 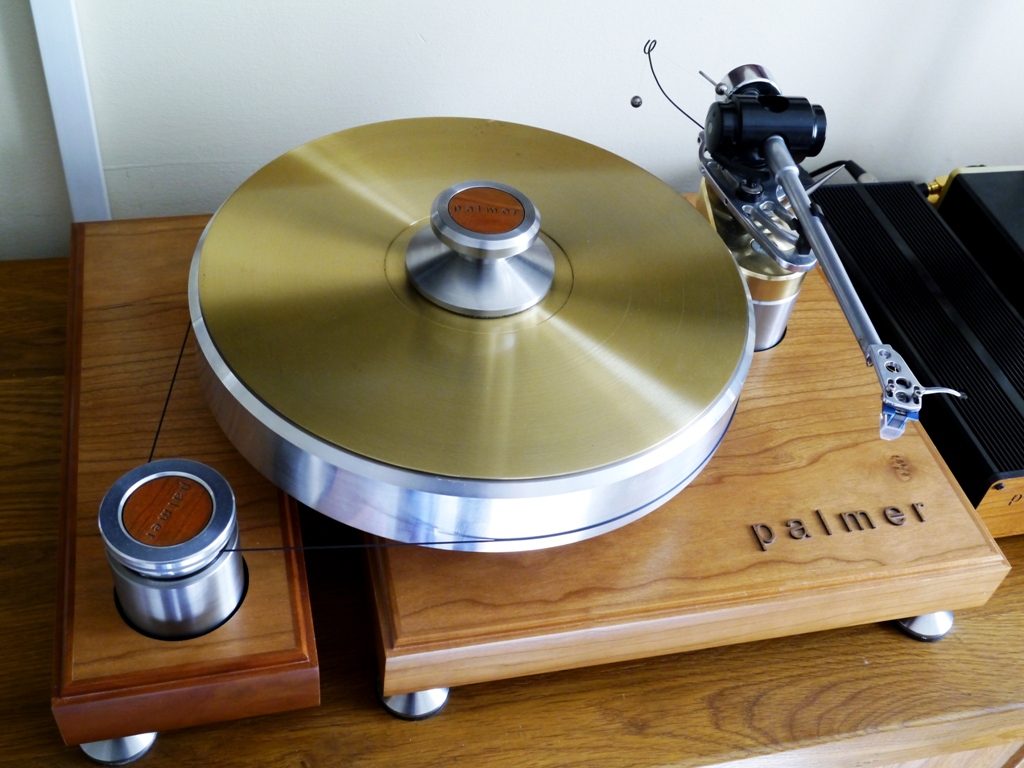 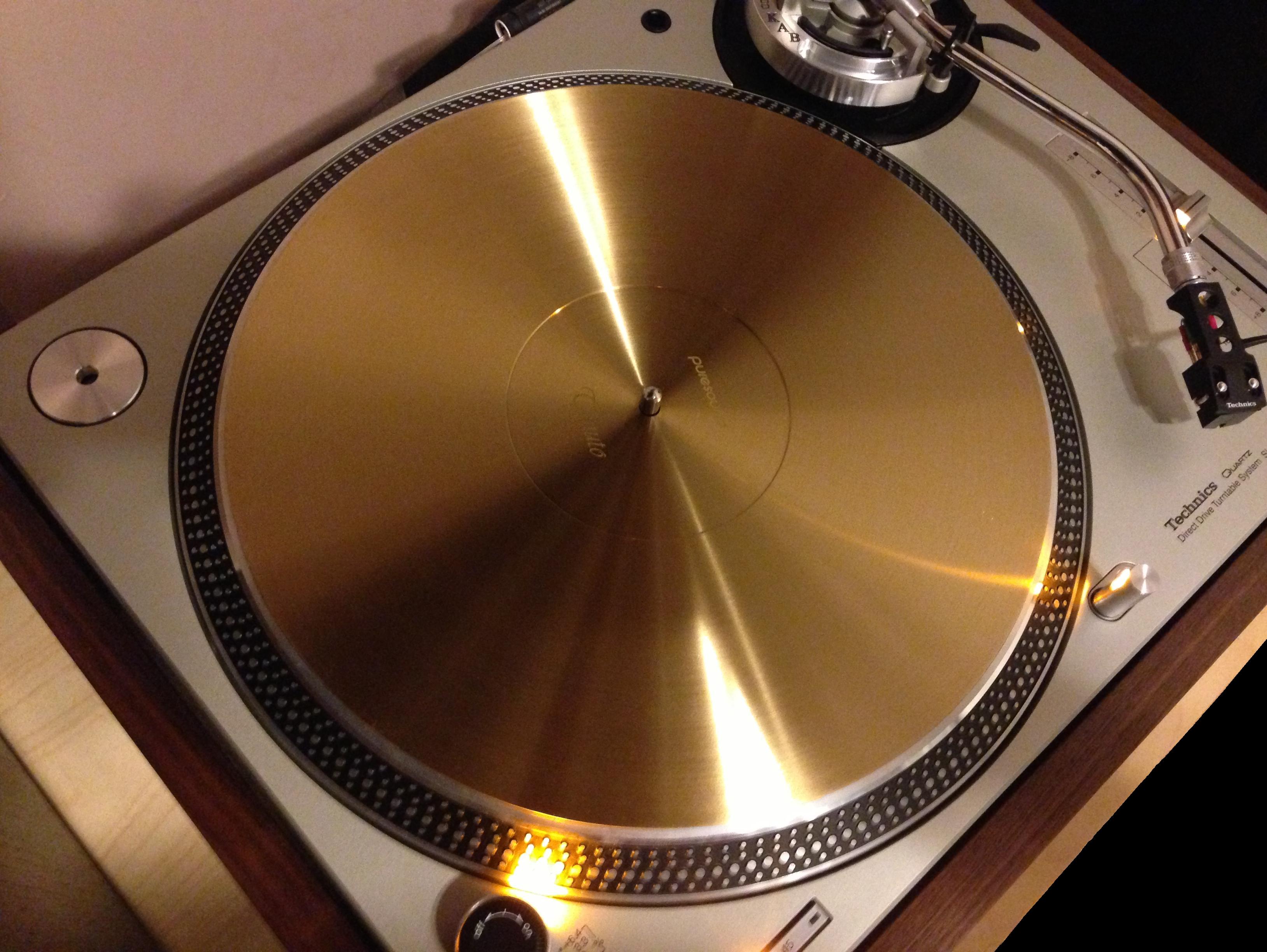 Perhaps 100 of the earliest Voyds had the 'Designed by Philip Voyd' badge on the rear. The Orion is certainly a good match & worth persevering with. I'd also be inclined not to use two belts. While it allows the motors to deliver more power it also compromises the function of the suspension system.

If I recall correctly the cable had 5 pin connectors at either end although only 3 of the pins were used. 2 phases & ground if I recall correctly. The earliest decks had a single phase supply and splitter capacitors inside the deck but if your turntable has a power supply that says 'split phase' that's what it will be and the internals will have been re-wired accordingly.

I do have schematics for the split phase psu if anyone needs them.
I still have two Voyds. The first one and a much later one which was our demo unit at Audio Innovations. I'm unlikely to part with them though!

I pressed my deck back into service fairly recently and was pleasantly surprised. It does show up the occasional shortcomings of the SP10 Mk2 which is no mean feat.