Leo en una página sobre válvulas lo siguiente;
6DJ8:
This is the standard incarnation of this tube. It was made both in the USA and in Western Europe. GE and Sylvania both made USA versions, and are fairly good quality. The GE tubes have an RF shield sprayed on inside the glass, making the inside look dark. This is NOT an indication of a burned out or used tube. RCA tubes were often made by either Mullard or Amperex in Britain or Holland. The most popular NOS vintage tubes are those made by Telefunken, Amperex, Siemens or Mullard, and are usually also labelled ECC88. See the next paragraph for this description.

ECC88:
This is the European designation for the 6DJ8 type tube. It is the same tube as a 6DJ8 and often the tube has both type numbers on it. The popular vintage tubes here are those by Telefunken, Amperex, or Mullard. The Telefunken are said to sound the best, and are the most difficult to find of all of these brands. All Telefunken tubes have a tiny diamond shape molded into the glass on the bottom, and have a very chalky ink on the surface which often is partially wiped off. Beware! These tubes are being reproduced in China, and look like the real thing, complete with diamond mark. The tipoff is the label: the fake labels will not wipe off.
The Amperex can be found with a white label and the treble clef logo (rare), the Bugle Boy cartoon tube logo, Amperex in white ink, and the orange world logo. The orange world logo is the newest, and can be found in both standard "L" bracket top getter, and the rarer (and said to sound better) "A" frame top getter. The A-frame looks like a little metal "A" holding up the getter element on the top of the tube internal structure. I have also seen the A frame getter on some Mullard and Genalex (G.E.C.) tubes. The Bugle Boy is the most popular, almost to being a "designer" label, which has driven the price up and supplies down. See note below about Bugle Boy 6DJ8 tubes. I believe any of the Amperex / Philips Holland 1960s and 1970s 6DJ8 tubes are excellent, no matter which one you use. The tubes made with the plain white label (Amperex, DuMont, Hewlett-Packard, Beckman and others but all labelled "Holland") were made in the same factory as the Bugle Boy tubes and sound the same, but are often bargain priced due to low demand. Beware! The Bugle Boy tubes are being reproduced today! The box of the new tubes is even an identical green-and-yellow like the original, but it says "Bugle Boy" on it, and some even show the cartoon tube on the box. Original Amperex tubes NEVER had the words "Bugle Boy", or the cartoon tube, on the box. The Bugle Boy moniker is a slang name that audiophiles coined for the the little cartoon tube on the tube's label. The new tubes have fooled even some seasoned audiophiles! These are junky Chinese made tubes with the old label. The company vending them says they have the original burn-in racks from the old Holland factory. Big deal!! The old burn-in racks are not going to help a crappy tube. Stick with the vintage tubes while you still can!

Mullard 6DJ8 tubes are excellent as well, but are more difficult to find. They often made 6DJ8 tubes for other labels, like RCA, Zenith, and other USA brands. They have several seams molded into the top of the tube. 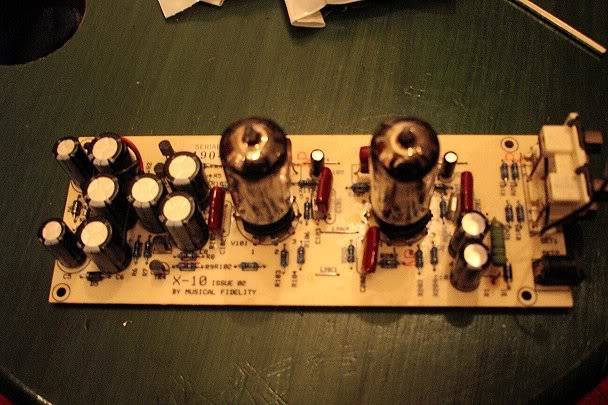 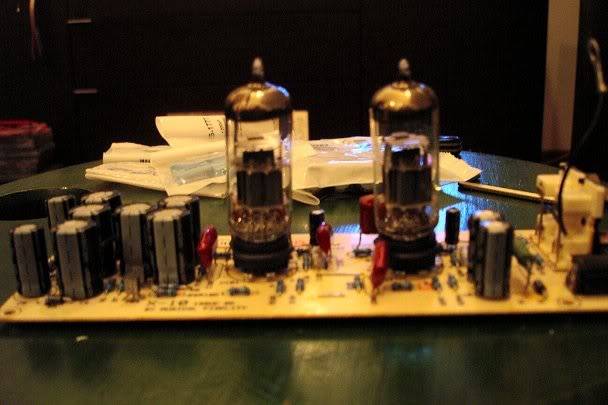