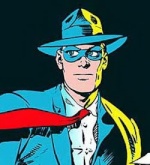 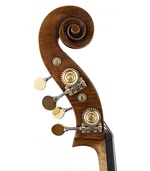 Aurora is a Southern American Jazz trio led by drummer Peter Erskine, with Marty Krystall on bass and Buell Neidlinger on sax. This album was originally recorded in 1988 and subsequently released by Denon Records in 1993. I am not sure what transpired between recording, and why it took so long to be released, but I think we should all thank our lucky stars that this Aurora album made it to the music market.

I first heard this CD on demo at AV Designs, and later over course of many occasions. However, it was when James demoed this CD to me for the PMC Fact 8 speakers, I became hooked, by both the speakers and the CD! I subsequently reviewed and made the PMC Fact 8 my daily reference speakers. However, it was when James played this CD again during the TAD R-1 speaker launch, I was moved enough to wanna buy this CD.

A search around the www led me to HMV Japan's website, which they had stock for the Aurora album that is recently re-mastered and re-issued by Denon in Master Sonic process. It was in 2005 when Denon decided to re-issue the Aurora CD along with others from it's catalog of what it deemed as a range of Historical Albums Of The 20th Century!

Musically, Aurora can be hard to digest if one is not accustomed to Jazz in avant garde improvisation mode. It's pretty hard core, and on some tracks, it may in fact sound like all three musicians are doing their own unrelated improvisation, it's hard to understand what they're trying to convey through the cacophony of musical noise! Buel Neidlinger's sax playing lead, can at times seemed overly indulgent, and not gel with the rest of musical arrangement at the back. I've played this to a few people, and can say that more people don't "get it" than those who do. However, for those "select" few who "get it", this CD is an absolutely must have.

The sound of the original 1993 Denon release was a rather hissy, but naturally airy and captured the sense of space essentially right. Peter Erskine on drums out fitted with extra Chinese gongs is dynamically explosive and that "energy" is captured excellently on this CD. Marty Krystall's bass lines are clean and just as dynamic too, in terms of the tension of the strings and finger play of the double bass instrument is wholly captured on the recording.

When my 2005 re-mastered/re-issued copy arrived on the courier pack, I quickly play on my CD player. I found the Master Sonic treatment by Denon is actually a step back wards sonic wise. The original recording's hiss levels were all cleaned out in the re-master, and in my opinion, so was all the "air" in the recording too. The 2005 re-mastered CD sounds dry, with a taste of digital hardness, especially with un-naturally metallic highs not found on the original 1993 release. Needless to say, I was disappointed. I must stress though that one would not notice the difference if one does not have the means to compare. But I did, so I know!

A friend told me today that there's also a gold CD version of this recording too. However, I've not seen nor heard that. A mint example of the original 1993 CD can now be found mainly at auctions, of which some are transacted for as high as US$200 or more!

Do consider the latest Denon Master Sonic re-mastered/re-issued CD available at the current selling prices as a musical consolation of sorts.