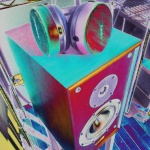 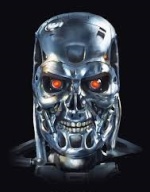 "The original Stirling was a standard 11ohm LS3/5a design, with new Sp1228 SP1003 and T27 drivers manufactured by Kef in limited production runs, not NOS units.

The involvement of Derek Hughes began when they started offering 'SuperSpec' crossovers (in their AB-1s I think) and then when he designed their V2 LS3/5a, which used different, modern, drive units because Kef decided to stop any new manufacture of B110s and T27s. He also put together the test equipment Stirling use to measure and match their speakers.

The V2 drive units are the same units as the Harbeth P3 (prior to the Radial version) and are very consistent in their manufacture, Stirling do measure and match them but it is somewhat redundant as they always measure the same, unlike the Kef units.

Derek designed the Cicable external LS3/5a crossovers, and their BC-1 crossover, of which I have the 11ohm premium version and it is seriously good.

Derek also does some work for Harbeth - LS3/5a fans looking for a larger speaker should investigate the Harbeth M30 although this is all Alan Shaws work.

The Rogers 60th LS3/5a had design work from Andy Whittle and also from Stirling/Derek, and was built by Stirling. Like the V2 it uses a thin-wall cabinet (9mm instead of 12mm) but uses a glued on rear panel rather than a screwed on one.

The original Kingswood Warren prototypes used a thin-wall, screwed on back cabinet and some people, including Derek Hughes, attribute much of their prowess to the cabinet, as it is lossy and sinks some of the unwanted energy.

I use these cabinets with some 11ohm drive units and it is a lot less compressed and congested, as is the V2 also - so maybe it is the cabinet that is doing this.

The 60th uses a glued on rear panel, and uses a cheaper bass unit - a version of the monacor - which you can also get via the Stirling repair kits they do on ebay. The crossover is tweaked to make it sound like an old 15ohm version with an enhanced response at 1Khz, which makes it sound very seductive with the standard types of music that an LS3/5a might play, like female vocals. The crossover is more like the standard 11ohm crossover than the enhanced quality of the Stirling 'SuperSpec' crossovers, which in turn pales in comparison to the components in the Cicable crossovers, which wouldn't fit in the LS3/5a cabinet.

Imho the only thing the original LS3/5a has going for it over a V2 is that the T27 radiates a bit more. Some people have the impression that the T27 can be a bit spitty or grainy, but on my Cicables they sound mighty good.

Also if you compare a V2 to an old 15ohm pair which have a peak at 1Khz then the 15ohm may well sound better and it will take the selection of a variety of music before you notice that the 15ohm version is very picky in the types of music it can play successfully.

I first met Doug Stirling when I bought a Rogers E40a amp from him, which were designed and built by AudioNote on the south coast of England.

I see him every now and again as my wife's parents live in Devon and so I pass by his premises, and we sometimes go for a curry. He is also an 80s soul and dance music nut and I have a decent collection from that period, some of which is on loan to him whilst he record some 'mix-Cds' for the car, as he is also a petrolhead.

I bought my Cicables from Stirling, after I took down to Derek Hughes to upgrade to the Premium version.

I am also waiting to buy some veneer matched AB-2s, their new version of the Ab-1 bass extender which is a little larger, has a better crossover and uses the same bass unit as a V2. They perform a lot better than an AB-1, being extended in its bass response rather than having a peak thump, although the AB-1 could well suit smaller rooms better.

I originally lent Derek a pair of my AB-1s to see if it was possible to make them work better as the crossover in them is very basic and saturates easily. However he gave up as they were too compromised, but not until he had an accident and gouged the veneer on the side of my AB-1, which he got repaired to a standard where I can't locate it now.

In a further link, Derek's daughter and son in law used to work for Audionote and used to assemble E40a and E20a amps, and when mine went wrong Derek fixed it for me.

I was first exposed to Derek's work at my first Hifi audition when I tried some Spendor SP2/2s (25 years ago maybe and his first speaker design), which I, and the friend I took along, remember as being fantastically seductive in the midrange, a trait that continues in the V2 and in my Cicable crossovers.

The Rogers 65th version has nothing to do with Stirling, or Derek as far as I know.

If you are near London, Walrus systems stock the V2 and Les, one of the owners, is an LS3/5a fan and has several pairs. That first demo I had was with Les when he worked at KJ Leisuresound round the corner, who currently stock Harbeths and also seemed very enthusiastic about the M30s when I last called them, offering to get some in for a no-risk demo, or maybe even a home trial as they were so confident in them. I actually sold mine as my room was too small for them to work optimally."